Sunny Seat As Seen on Kafka

Around Chez Bogart, you know that we test out a lot of doggie products - I always give my honest opinion, and I just LOVE to get packages - but despite sharing my home with 4 kitties I don't often get them involved in the testing.  Today that will change as we've received a Sunny Seat to try. 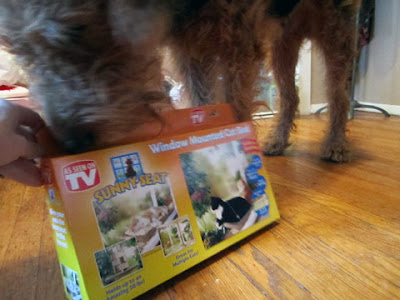 Now.  We don't normally do the "as seen on TV" stuff no matter how intriguing they may be.  Firstly because Kafka (the short-haired orange tabby) won't let us get the remote, but also because we don't have cable, damnit.  And our antenna is one step above rabbit ears, so basically we never really see the stuff.  And at first look, we didn't have much hope that this would be all that great. 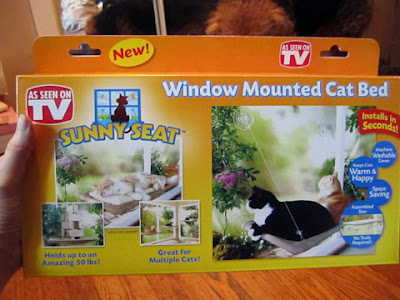 Sure, mama thought, there is no way this can hold even one cat, much less 50 pounds worth.  The pieces looked uninspiring. 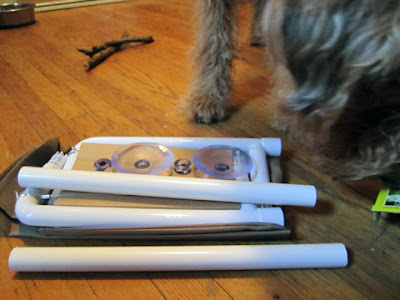 But it was indeed really easy to assemble - taking the 5 minutes that the box said it would.  Whew! 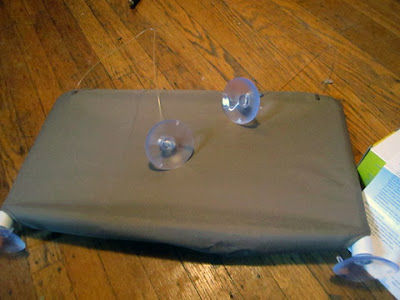 After assembly, we attached it to our window with the big suction cups.  Hm.  It's staying.  We were pretty sure this was the moment it would fail, that the suction cups wouldn't do their job, and that it would fall off of the window sadly in a heap of plastic.  But we were wrong. 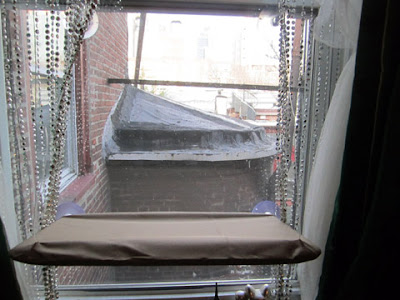 How best to test?  With our un-shy-est cat, Kafka. 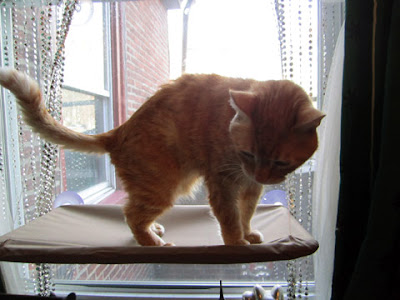 Kafka is a sound 15-pounder.  He's not afraid of much, and once promised some chicken liver treats in exchange for posing for photos, was completely on board with our testing. 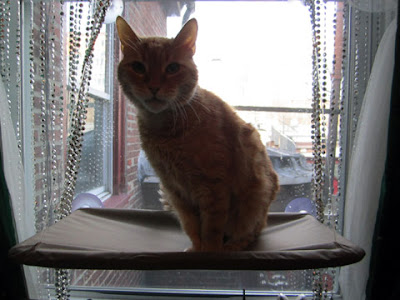 This holds!  It does what it says it does!  Thumbs up (is this the part where the chicken liver treats come out?) 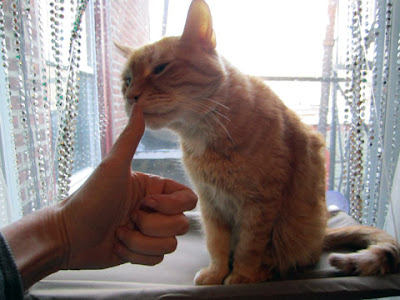 Kafka - still waiting for those treats.  But damn, this window seat HOLDS. 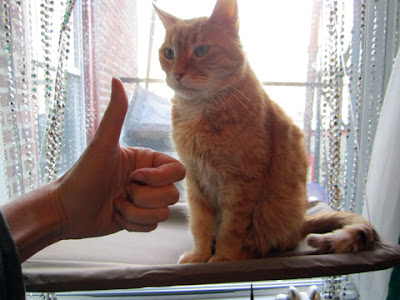 A little lovin' for our fine, feline product tester.  Your butt for science, Kafka! 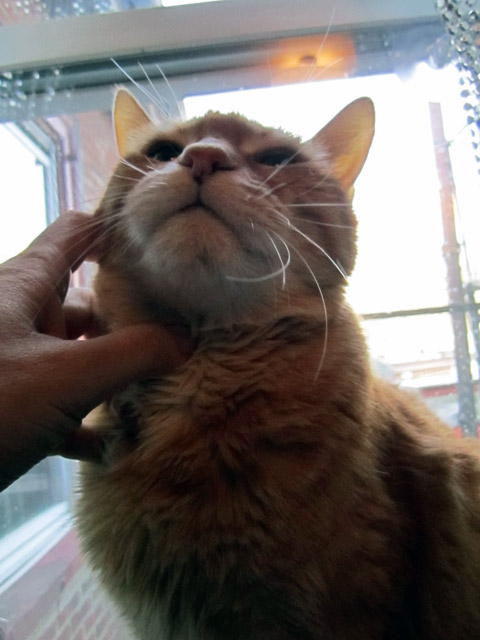 After the initial testing phase, Kafka took over the seat as his own.  We even caught him napping in it.  No sign of it coming off of the window.  As we said earlier, we thought that this wasn't going to work but this window seat really performed!  No tools needed, nothing that has to be screwed into walls, this just sticks on a window.  For us, it's big enough for one kitty, so we can't speak as to the holds-50-pounds-of-kitty claim, but it really does hold and Kafka seems quite content in it.  AWESOME! 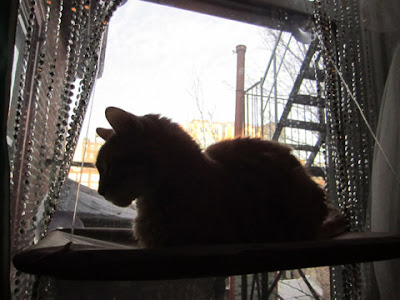 Cool! Nice to know it's a winner!

Wow, you look so stunning on your post today! :D

Woof!
I want one!
Did it say if it can hold a dog?
Have you tried it, Bogart?
When the drooly hooman isn't lookin'?

We want one of those for each of us too!! Oh phooey, mom just said they're for cats only. We'll remember this for our cat lovin' friends. Nice of you to let Kafka take over your blog today. Very Dale of you!
Smooches,
BabyRD & Hootie

Brave Kafka to test the kitty perch. I looks rather scary with just suction cups to hold the cat...but you can't argue with success!

I'm also waiting for a picture showing Bogart in the hot seat before recommending it to my cat owner friends. No, just kitting (!) - it looks amazing.