A Dale Near a Manger

So today I was doing my normal morning walkie through Old City, when I SMELLED SOMETHING. Mama wasn't sure why I decided to go in a new direction, and quite honestly, neither was I. But I knew that I had to get to the bottom of that smell. So we wandered further up Race Street, and suddenly, THERE IT WAS: A live nativity scene with sheep, goats, and a donkey. 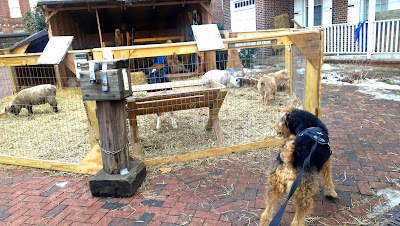 Well, there is something you don't see every day. Or smell every day. I thought they smelled quite wonderful, in fact. Please Do Not Feed the Animals - I have no idea what this means.  Those little buggers seem hungry to me, they're eating the hay (I'd have to be pretty hungry to eat hay). 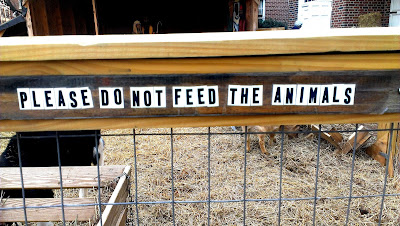 The donkey was hilarious.  Most of the time he sat in the back, behind the cutouts of the (kind of freaky looking) Mary and Joseph.  It was as if he decided that it's just too damn cold outside and he wasn't going to put on any dog-and-pony show (well why should he, he's a DONKEY) for anyone.  I appreciated his attitude. 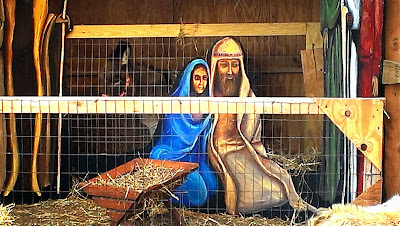 This little furry guy was my favorite.  Not only did he smell the best, but he was affectionate and well, just so damn cute. 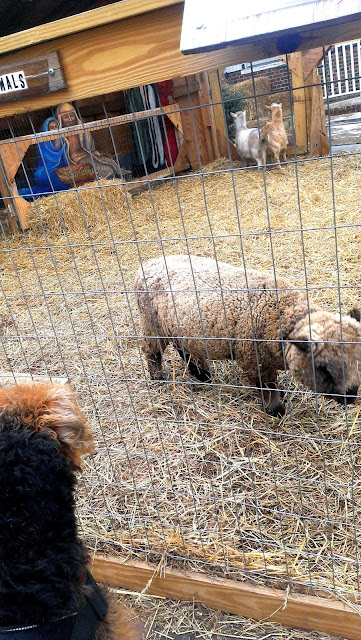 And then it happened - the ladies came outside with their buckets of goodness, and much excitement came over the herd. 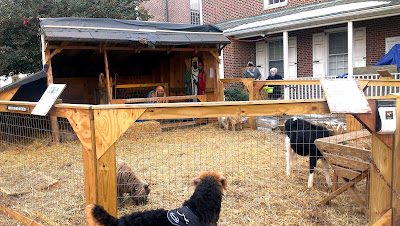 The goats are the smartest - they seem to have this whole "live nativity scene" thing figured out.  Be shameless, bleat like crazy, and you will get fed first.  A-OK in my book. 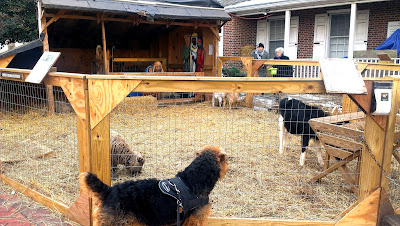 Everyone else was a little slower on the uptake, busy with their hay eating, even though the ladies had much more delicious treats.  Come on guys, THEY HAVE SNACKS 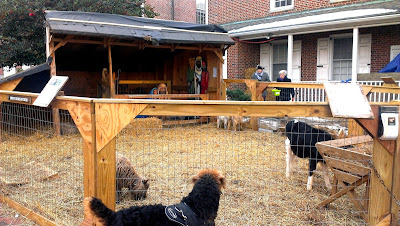 And then, as if by magic, they all headed over to the snack bowl.  Even the lazy donkey. 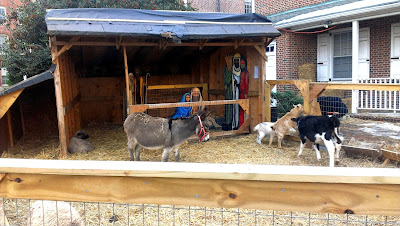 The ladies did indeed have the good stuff, and everyone was apparently good this year so they were going to get goodies. 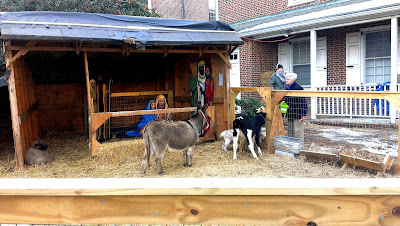 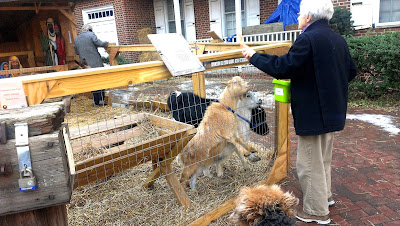 Workin' For a Livin'

Tonight mama and I had to go to work. She had to drop something off at her office, and well, I had to help. 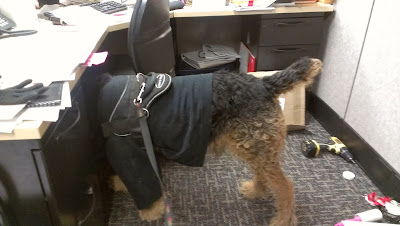 Once I arrived, I got right to work. 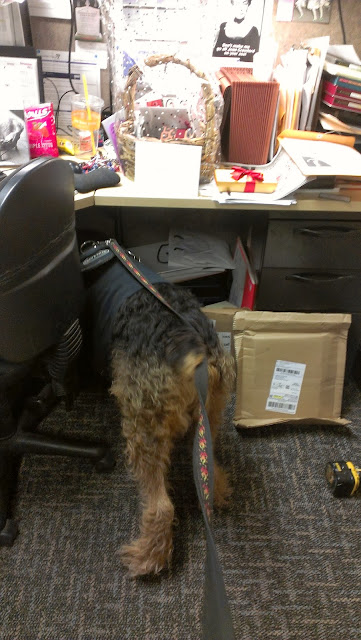 Mama worked above desk, I worked below. 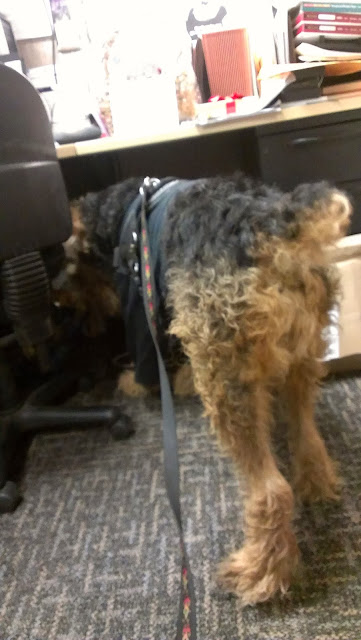 Within mere minutes, I had found what I was looking for.  Fully in the interest of helping mama, I found a delicious tennis ball that she keeps under her desk. 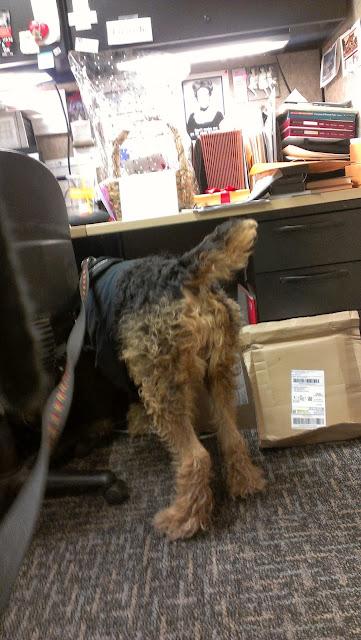 Oh mama, I FOUND IT.  We can head to the park now. 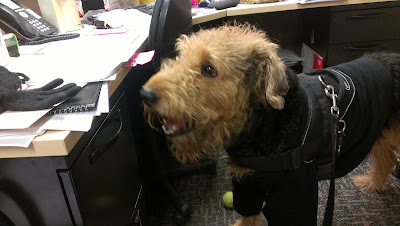 Assistant Bogart - at your service! 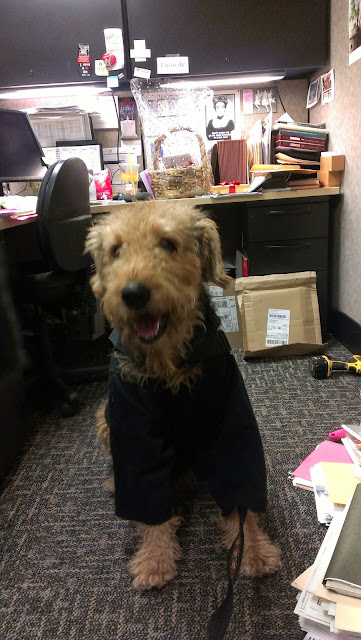