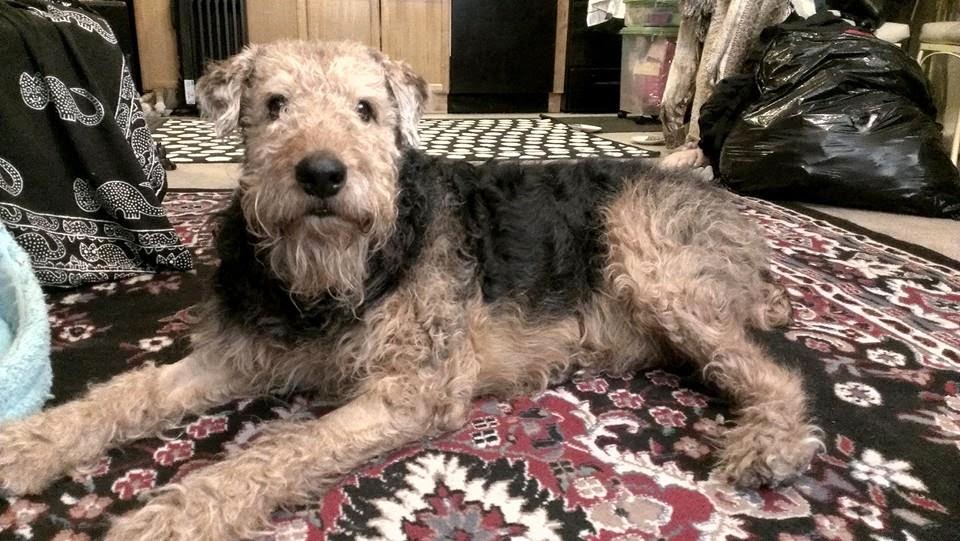 Grrr.  That dreaded time that rolls around every year when the weather starts to get warmer, and the grass starts to get greener.  HAIRECUT TIME.

For many years I was handstripped by mama and dad – always retaining a bit of my signature scruff, but less, and shorter fuzz.  In the last few years both mama and I ain’t got no time for that, so first comes just a bit o’ rippin’, then it’s mostly a scissor cut.  Because I hate the damn expensive fancy clippers that she bought.  Too damn loud.  And scary.  And EVIL.  So in order to give me a good, old groom she has to bust out the safety scissors (so I don’t get poked!) and snip away.
Yes, this takes a long time.  Yes, she has the grooves in her thumbs to prove that she does it.  But if it’s the only way, then damnit we will do it.

Except that I’m not a fan of the long, full groom.  You have to ease me into it by doing one area of my body at a time (occasionally two, but lets not get crazy).  Sometimes we start at the head, other times we start at the butt (so that the world won’t easily notice that I only have a partial hairedo, or think that I look a little nutso).  This years festivities began at the head because apparently I had a few beard-dreadlocks that needed attention.  So be it.

I figured I’d give her around 10 minutes or so to clip away furiously until I got really annoyed.  Which generally means that one side gets a little more attention than the other.  Mama says that now I don’t have so much of the mad-scientist look that I was working hard all winter.  Only she would notice that one side isn’t quite as chopped as the other, and that my ears always look a little funky, but still the end result is still pretty handsome so I approve.

Next up will be my ruff – that full scruff of fuzz extending from my head to my shoulders which makes me look like I don’t have a neck.